Every farmer should be able to make a decent living, and every West Virginian should have access to good food produced right here in our state. 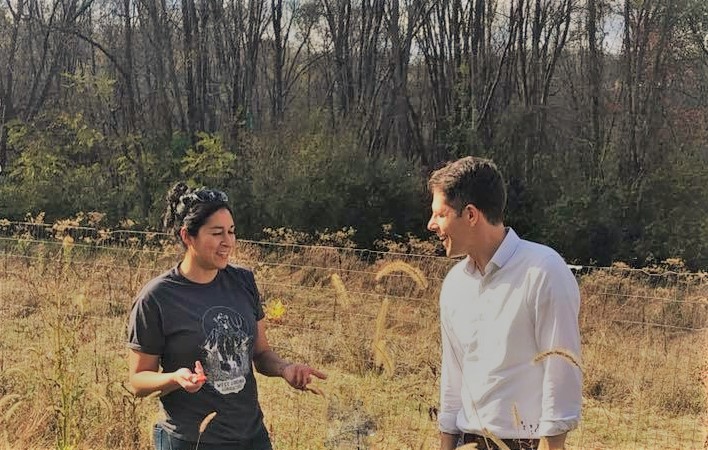 Small and mid-size farms are the backbone of any stable economy. They provide healthy food, middle class jobs, and protection for our land and water. By contrast, Big Agriculture today has become an extraction industry making it hard for farmers to survive--let alone expand and hire more workers--and negatively impacting rural communities.

One chicken farmer we met on the trail raised half a million chickens one year for Perdue. While Perdue made billions in profit, he and other farmers hadn’t seen a raise in more than a decade.

Like many states, West Virginia once had many mid-size and small farms, but no longer. In the US, most cropland was once on farms of 600 or fewer acres, and that has nearly doubled to 1100.

Meanwhile, our state government has not responded to the small farmer crisis, and as a result, West Virginia farms are on the decline. We have also lost a generation of potential farmers. Equally troubling, little of the money we spend on food in state stays here. Instead, it also goes to large chains and food distributors.

With changing climate patterns and worldwide economic shifts, West Virginia could become the best place in America for small farmers, if we have a government that backs them. Our high elevation, abundant water, and central location on the Eastern seaboard make us an ideal place for food and farm production, and distribution.

We can reinvent and reinvest in this sector of our economy--creating new jobs, healthier food, and more wealth for our people, but only if we shift our public policy toward small farms, local foods, and regenerative agriculture.

Costs: ~$35 million, with the Farmers Taxpayer Council determining how best to invest it to help West Virginia farmers, choosing from options such as those listed above. (Rough costs below.)