Every West Virginia kid, no matter who their parents are, deserves a world-class education in a system designed to attract and retain the best teachers and school service personnel in the country. 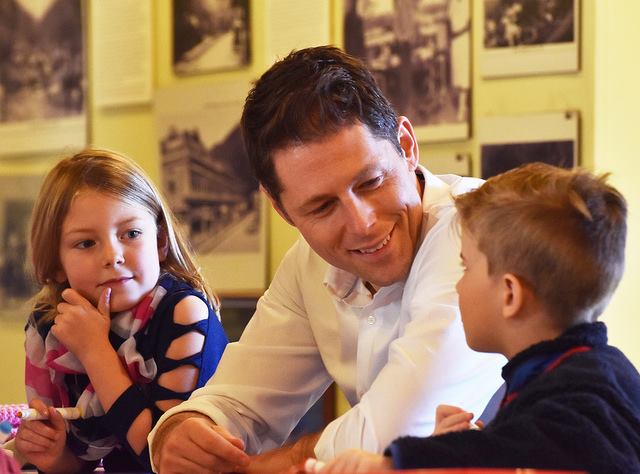 The West Virginia teachers and school service personnel strike sparked a nationwide movement, inspiring a generation of workers, parents, students and educators to fight for quality public education. But we have unfinished business.

The Good Old Boys in the Capitol want us to think that West Virginians are divided about education. We aren’t.

Our campaign has held more than 150 Town Halls and more than 575 visits to local churches, union halls, schools, small businesses, and recovery programs. Education comes up everywhere we go. No matter who’s in the room--educators, parents, business leaders, Republicans, Democrats, Independents--the people of West Virginia agree about what ails our schools. And they agree on how to fix it.

We all want smaller class sizes, not larger. We all want mental health professionals in every school. We all want less time spent on testing, and more time spent on arts, music, entrepreneurship, coding, financial literacy, career and technical education, and other hands-on, real-world skills. We all want fewer education resources spent in Charleston, and more spent in classrooms. We all want significantly higher pay, supports, and benefits (including PEIA and loan forgiveness) for teachers and school service personnel--so we aren’t starting each school year with 900+ classroom vacancies.

The most important thing we learned from the strikes was that we can’t wait for any party or politician to save our schools. We must do it ourselves.

In the spring of 2018, teachers and school service personnel took action after becoming aware of unacceptable PEIA cost hikes. In addition to the healthcare changes, educators fought for an increase in pay for not only themselves, but for all WV public employees. This led to a 9 day strike where support poured in from all over. The strike resulted in legislation to freeze PEIA, created a task force to find a funding source to stabilize the insurance, and a 5% raise for all public employees.

Over the next year, many of those promises were broken.

During the legislative session in 2019, educators found themselves targeted and under attack with an omnibus bill that threatened public education on all fronts in a 140 page ALEC model bill sponsored by Senate Republicans. This led to a two-day strike that resulted in a House vote to drop the matter during the session.

Despite education forums open to the public and held across the state--which showed results that 88% of WV citizens and educators did not want charter schools, ESAs, and other issues in the omnibus bill--an almost identical bill was passed during a special legislative session.

Next, in 2020, ALEC Senator Patricia Rucker has reintroduced a failed part of the omnibus bill, that would, among other things, legalize sending public money to private, for-profit schools.

Now, more than ever, educators must have a voice in our state government and education reform bills. The fight has only begun.