All West Virginians will have access to a reliable, broadband connection to the internet, at home, at work, and in every school. 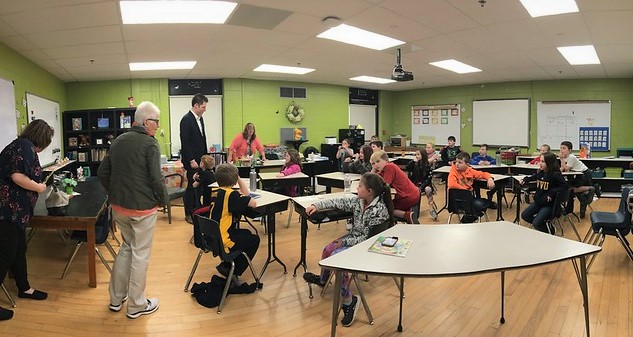 West Virginia ranks 47th among the 50 states for broadband connectivity. Fully half a million people, 30% of our state’s residents, have no access to a high-speed, reliable internet. This lack, felt most severely in our rural places (where nearly half of people have no access), limits education, economic development, tourism, business creation and expansion--and even where we and our kids choose to live.

Traveling the state, we see the effects daily. Calls dropped. 911 service outages are too frequent. Businesses unable to communicate with customers. Young adults leaving after college. Families parked late outside fast food restaurants along the highway so kids can access the internet for school.

It is no coincidence that West Virginia is one of the few states that has experienced significant population loss over the past decade, or that when growth has occurred in counties, they're in those that share a border with one or more other states.

It doesn’t have to be this way.

Internet is as necessary to us today as electricity was in the 1930s and telephone service in the 1940s. We'll achieve universal, low-cost broadband by prioritizing West Virginians and the public good over price-gouging monopolies that provide inferior service and speeds.

We will follow the example of Ammon, Idaho--population around 16,000--which has the lowest internet price in the country: $10 for 100 mbsp.  Ammon has been able to expand access and lower costs by not only giving consumers plenty of choice about their service, but also treating broadband as a true public utility.

We'll end Frontier’s monopoly, increase competition, drive costs down--and quality up--by extending broadband to rural areas in much the same way electricity and telephone services expanded nearly a century ago. By making it possible for local organizations and governments to create and own broadband as a public utility available to everyone, we can ensure that no community, no matter how small, will be left behind.

We can expect a 10-year impact of more than 5000+ jobs  (calculating only $100 million of the $220 million 10-year last-mile investment). It's likely additional jobs will be created, as nearly half of rural West Virginians--and about 30% of West Virginians overall--do not have access to broadband, and every percentage increase in penetration creates jobs that pay "more than the average for manufacturing."

Doubling broadband speed in an economy has also been shown to increase GDP by 0.3%. For West Virginia, that works out to about a $200 million dollar increase. Among the reasons improving broadband leads to such growth is that it increases access to services, improves education, simplifies processes, makes locations more attractive to businesses, opens up telecommuting jobs throughout the state, and even increases access to healthcare through telehealth.

Frankly, we can't afford not to expand broadband in our state.