We'll make West Virginia the best place in America to live, work, and start a business. It's time for our government to bet on our own people, our own communities, and our own entrepreneurs. We're never going to be a giant, thriving metropolis, but that's our strength, not our weakness. Instead of being the 50th state chasing Amazon or Wal-Mart or Rockwool--let's be the first state to bet big on capital investments and protections that favor local entrepreneurs and small businesses, artists and farmers and cooperatives. That's an economy we can win, and it's a vision for how we diversify, bring our kids home, and make West Virginia not only a place people want to visit… but the best place for people to live. 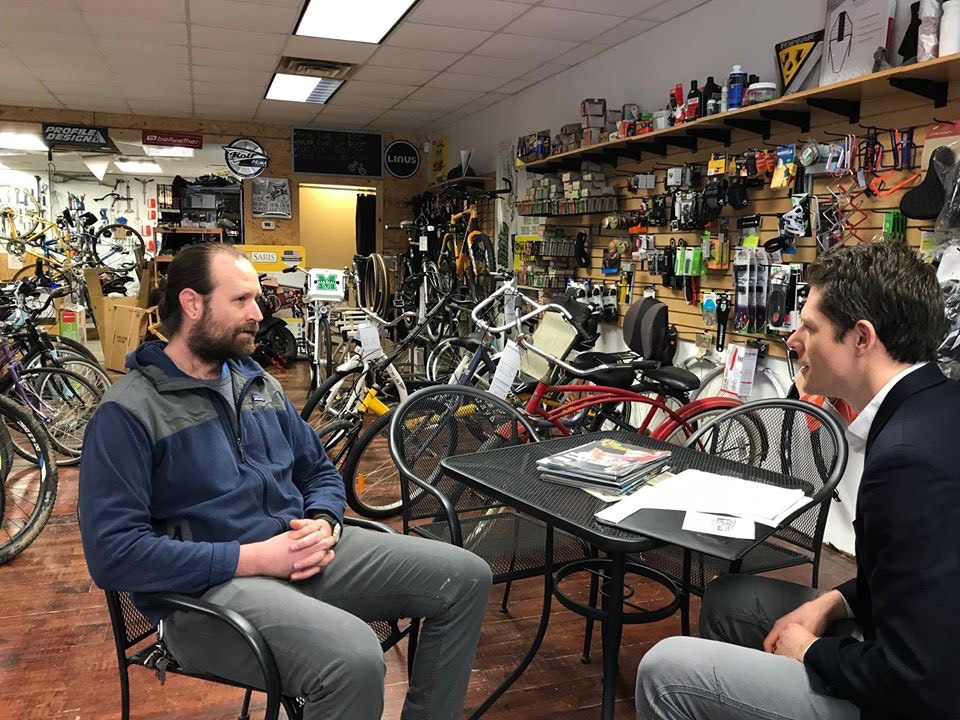 Whose Side We're On

What We're Up Against

The story of our economy is one where outside corporations come into our state, set up shop, buy off some politicians, and make a few folks rich. In some industries, these owners abandon us when the extraction boom goes bust. And in others, they pay us such low wages that we have to work three jobs to make ends meet. Either way, corporate CEOs undercut local business owners and treat our people like we’re disposable. In this way, out-of-state monopolies have turned almost every industry into an extraction industry. It does not have to be like this.

Small businesses are the opposite. As they grow, they add jobs and raise wages. When they generate wealth locally, more of that wealth stays in local communities. When they make decisions about our state, those decisions are made in towns, hollers and on mountaintops, by our friends and neighbors--the people who know and care about us.

So if small businesses are so important, why are they struggling? The answer is they’re playing a rigged game. Banks won’t loan to them and regulations are stacked against them. Small businesses also struggle with the astronomical and rising costs of health insurance. Healthcare costs for companies increased by 5.5% in 2018-2019 alone, and are still growing. Small business owners are forced to watch as their elected representatives line the pockets of corporate behemoths, in the form of state and federal government tax breaks.

One example: the citizens of Jefferson County have roundly rejected the Rockwool insulation factory that’s being built less than half a mile from an elementary school. Thanks to a series of sweetheart deals, some estimate that Rockwool will receive more than $25 million in tax breaks from West Virginians. Imagine what that $25 million could do if it were invested in our own people.

Politicians in both parties have spent a generation choosing tax breaks for out-of-state companies over investments in our own small businesses and infrastructure. This strategy has failed.

The costs for this plan are as follows:

And here is the revenue it would generate.

Excess funds will be used to help support additional parts of our plan, including our Education Plan.