The New Uprising on a Country Road

Stephen Smith has brought an organizer’s mentality to his campaign for governor of West Virginia. He’s not just trying to win an election, but build a movement.

MARLINTON, WEST VIRGINIA – You enter this part of West Virginia under an enveloping green canopy. Known as “Nature’s Mountain Playground,” Pocahontas County is made up of 62 percent state or federal land, dominated by the Monongahela National Forest and the headwaters of eight separate rivers. While a gorgeous backdrop and a delight for tourists (and the timber industry), just 8,414 people live here.

It’s the kind of sleepy, empty place that politicians don’t see much value in paying attention to. Stephen Noble Smith has been here twice. 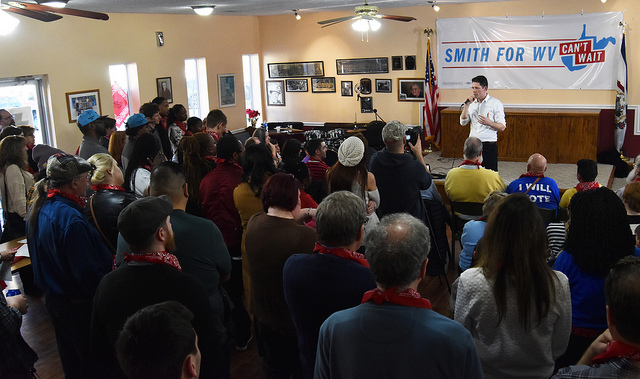 On this August evening, around 50 Pocahontas County residents have met at the public library in Marlinton, the county seat. Smith, a 39-year-old Democratic candidate for governor, is holding his 108th town hall, 15 months out from the 2020 election. And during a two-hour event that features a potluck dinner, breakout discussion groups, and an interactive game, he says something I’ve never heard from a U.S. politician.

An older man, who informed the crowd that he hadn’t attended a political event since seeing John F. Kennedy walk off a plane in “19 and 60,” had just compared Smith to the charismatic former president. Smith’s response opened some eyes in the room. “One thing I can tell you is I will disappoint you,” he said. “I hope we’re doing something much bigger than me.”

Stranger yet, Smith’s name does not appear on most of his campaign literature. His skeleton-crew paid staff didn’t organize this event; volunteers in Pocahontas County did. Smith does not see himself as merely running for office, but building a movement called West Virginia Can’t Wait. Most of the army of volunteers and candidates who’ve been attracted to the effort have never participated in a political campaign before.

What unites them is a belief that West Virginia’s abundance has been stolen by a corporate and political oligarchy, which extracts from its people as surely as from its land. These activists seek to wake up the fighting spirit that looms over West Virginia’s history, from the Mine Wars a century ago to the #RedforEd teachers strikes last year. They think of West Virginia as a place where people take care of each other, and they want to bring that impulse back to its government, by taking it over.

Smith, a first-time candidate who comes out of community organizing, is promoting this mission by putting his campaign in the people’s hands. He’s assembled a slate of more than 50 other candidates, who are running for everything from U.S. Congress to city councils, on a pledge to reject corporate money, stand behind unions, and never duck a debate. At a convention this fall, West Virginia Can’t Wait members will debate and write Smith’s campaign platform. If he wins, they will choose his cabinet, and help set his budget.

The campaign, one of the most unusual and thrilling in recent memory, is a vehicle, a means to build lasting, long-term grassroots infrastructure, in a state habitually bulldozed by small oligopolies carrying big money. “Never in American history has change happened from one politician,” Smith tells me. “The more of us who sign on, the more we’re able to tell the next candidate, ‘You’re not alone, we can do this together. You don’t have to be rich, you don’t need political connections. We have our own machine.’”

CASUAL POLITICAL OBSERVERS tell an easy story about West Virginia through a half-century of presidential outcomes. As recently as 1996, West Virginia was a fairly reliable blue state, having voted Democratic in 14 of the previous 17 elections. Residual appreciation for New Deal and Great Society programs and a heavily unionized mining sector explained this loyalty. Finally, George W. Bush took 52 percent of the vote in 2000, and the gap gradually widened until Donald Trump’s 69 percent to 26 percent blowout over Hillary Clinton in 2016. It was Trump’s second-largest state margin of victory, after Wyoming.

But framing West Virginia as conservative Trump country shouldn’t be clear-cut. The state hasn’t elected a Republican governor since 1996. (Jim Justice, the current governor and the state’s richest man, won the office in 2016 as a Democrat and then switched parties to ally with Trump.) It hasn’t had two Republican senators simultaneously since 1958. The state legislature was in Democratic hands from 1931 to 2014. Richard Ojeda and Talley Sergent, two Democratic congressional candidates in 2018, improved on Clinton’s 2016 numbers by 36 and 25 points, respectively, the largest vote swing for non-incumbents in the country.

As Stephen Smith explains, the real political divide in West Virginia isn’t between right and left, but between the corporate and political bigwigs (his movement calls them “the good ol’ boys”) and everyone else. “It’s a contest for power,” he says.

He sketches this out for me on a napkin at a diner in Los Angeles, where we first met while he was holding a couple of fundraisers. (All of Smith’s out-of-state fundraisers have been chaired by West Virginia expats.) In 1996, West Virginia’s voter registration was about 65 percent Democratic, 30 percent Republican, and 5 percent other. By 2016, the Democratic number had dropped to 45 percent, but the Republican number stayed virtually the same. “They became independents,” he says. “In West Virginia, the way we talk about it is, ‘I vote for the person.’ What they mean is, ‘I don’t trust either party.’”

West Virginia Democrats’ registration collapse came mostly while their party held the governor’s mansion—during which time, people’s lives didn’t improve and the political leadership grew cozier with corporate interests. The state’s economy relies to an uncomfortable degree on plundering the land: coal, timber, and now fracking companies chop trees, pollute rivers and streams, puncture holes in the earth, and blow the tops clear off of mountains. Most of these companies are headquartered outside the state, so their profits end up outside the state as well.

Constant tax breaks for coal companies and out-of-state businesses also drain resources for public services. “We always let outsiders take all the profit out of the state,” says Terry Steele, a retired coal miner. “We ended up with all the spoils, miners with black lung and bad roads.” The Smith campaign estimates that just getting the wealthy and corporations to pay the same tax rate as everyone else would yield $525 million a year in revenue.

A stunning number of state politicians either own, work for, or hold investments in fossil fuel companies, or get slathered with donations from them. One activist who pointed this out in public testimony in 2018 got forcibly removed from the state legislature. The establishment transcends the party structure, as evidenced by Justice, a billionaire coal magnate who owns over 100 companies, who ran as a Democrat only to change effortlessly to a Republican.

Stories of political graft predominate. A recently signed tax break bailed out a coal plant that had accused one of Justice’s companies of owing it $3.1 million; critics called it a political favor. State Supreme Court Justice Allen Loughry, who wrote a book decrying political corruption, was hit with a 32-count indictment for self-dealing and ultimately removed from office.

Meanwhile, ordinary residents struggle with decaying towns and palpable despair. Median household income is almost $17,000 below the national average. West Virginia is ground zero for an opioid epidemic that has claimed thousands of lives. Millions of pills were shipped into tiny towns, with predictable and tragic results.

Trump’s appeal can be explained by his rejection of the national political establishment, and attacks on a cultural elite who seek to board up coal mines and put Mountaineers out of work. But the establishment inside West Virginia has consigned ordinary citizens to misery while the rich profit. And even with Trump, more people stayed home in 2016 than voted for him. “People are fed up with corruption and the good ol’ boy system,” says James McCormick, a veteran who earned three Purple Hearts serving in Iraq. “The people that preach the loudest about lazy people on welfare, they are the biggest entitlement suckers in the world.”

In his Marlinton town hall, Smith dramatizes the state’s power relationships in a striking way. He assembles six chairs and brings up five volunteers from the audience. “The chairs represent the natural resources and wealth for this state, enough for each one of our people to live with dignity,” he says. Indeed, measured by real gross domestic product adjusted for inflation, this is the wealthiest time in West Virginia history. Its GDP growth in the first quarter of 2019 was tops in the nation, at 5.2 percent.

Then, Smith calls up Phil Rolleston, who helped organize the town hall, to play an out-of-state landowner. “Phil saw this bounty and said, ‘I’m going to take care of myself,’” Smith says, directing him to spread himself out on two chairs. The situation is precarious for Phil, so he hires one of the other volunteers to be his governor, to protect his chairs and take two of his own. “If you’re a politician in West Virginia long enough, you get paid,” Smith explains.

So now there are two chairs and four people left, and Smith tells them, “Find a place to sit.”

What happens next is kind of a remarkable psychological experiment. The four volunteers position themselves so everyone gets a share of the chair, an analogue to poorer West Virginians making room for one another: multiple families living under one roof, churches setting up food pantries. But this cycle of living with less also creates tension. “We end up fighting each other for a corner while the people that have enough get theirs,” one of the volunteers says.

Indeed, Smith tells me, desperate West Virginians, under the thumb of corporate robber barons and corrupt politicians for so long, react in one of two ways. “It can go towards the worst strands of American history, where that desperation gets turned into the most virulent racism and criminal levels of exploitation and nationalism,” he says, “or it can go towards the greatest moments in our history.” 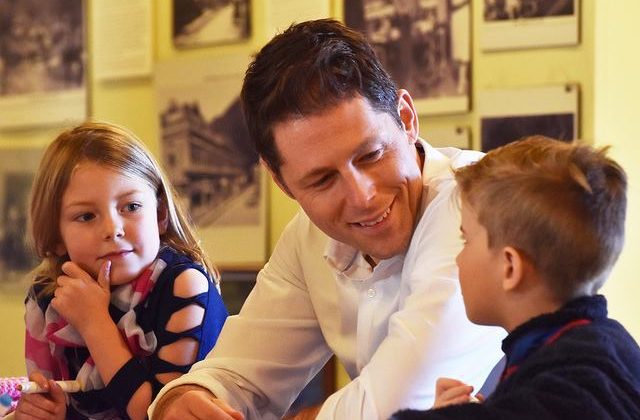 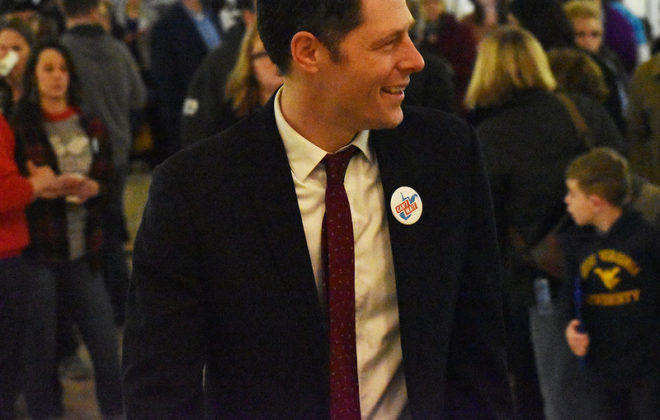 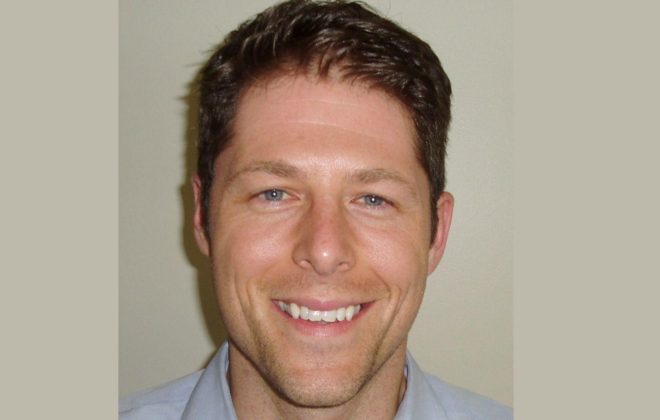